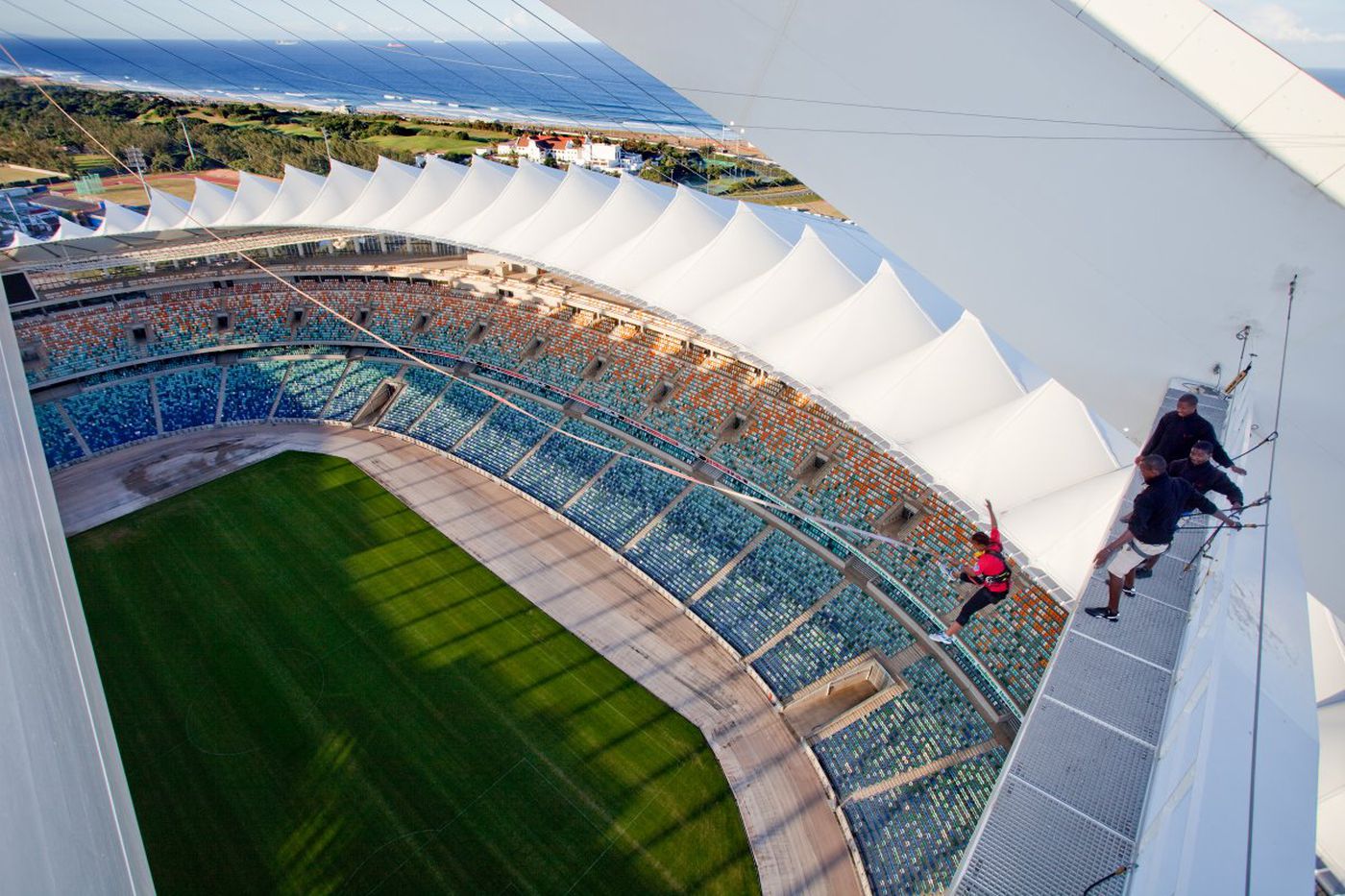 This article originally appeared on NYDailyNews.com

Visitors to South Africa tend to favor Cape Town and Johannesburg, often overlooking the coastal city of Durban. But the country’s third-largest city shouldn’t be omitted.

One local has an interesting take on this. “If South Africa were Destiny’s Child, Durban would be Michelle [Williams], but we think it can be the Beyoncé one day,” says Andrew Rall, before taking a swig of his Durban Dry Gin distilled with locally-sourced botanicals like African rose hip.

Michelle Williams, like the other members of R&B group Destiny’s Child, isn’t a household name like Beyoncé.

Neither is Durban. But the city filled with plenty of gritty charm, culture, and natural beauty, when explored properly, hits all the right notes.

Upon arrival, familiarize yourself with the local Zulu culture in the Valley of a Thousand Hills, which lies between the cities of Pietermaritzburg and Durban. It’s a full-day trip about 40 minutes west of Durban’s city center.

Tour the traditional villages that dot the leafy-green landscape of the Kloof region, meet a traditional “sagoma” or spiritual healer, and bicycle your way through the mountains or hike the lush green hillsides.

Durban is home to the largest concentration of people of Indian descent outside of India. Spend another day in awe of how Durban manages to simultaneously capture the collective energy of both African and Indian culture by taking a morning walk along “The Golden Mile,” a popular beach promenade and surf haven. While there, be sure to sample Bunny Chow, a South African fast food made of a hollowed-out loaf of bread filled with curry, which originated with the Durban Indian community.

Spend the rest of the afternoon at Victoria Street Market (thevsm.co.za), where you’ll find Indian and African-inspired beads, pashminas, spices, fresh fruit, ceramics and more. For extra thrills, ask a guide to take you to the Victoria Street Medicinal Market, where you can purchase herbs that promise to cure any and all ailments. Looking for a good-luck potion? Yup, they have that. It’s a vibrant, unusual and exhilarating shopping experience.

Speaking of exhilarating, Durban also offers adventure. The Big Rush (bigrush.co.za) — the world’s tallest swing — is one of several adrenaline-filled activities inside city limits. Work off all that Bunny Chow by climbing more than 400 steps to the top of Moses Mabhida Stadium, site of the 2010 World Cup, before taking the leap and swinging from a 720-foot arc into the center of the stadium. It’s touristy but unforgettable. Alternatively, if deep-sea adventure is more your thing, opt to swim with a frenzy of tiger sharks at nearby Aliwal Shoal Scuba (aliwalshoalscubadiving.com).

For those looking to keep the adventure alive, board the Rovos Rail (rovos.com), a luxury locomotive that travels throughout Africa. Board in Durban before chugging on to Pretoria, South Africa’s Jacaranda plant-lined capital city. From Rovos’ 5-star meals to its game drives (I saw elephants, baby rhinoceroses, and hippos during my trip), pairing the rail journey with Durban is a perfect mix of luxury and adventure travel.

Getting there: South African Airways operates one-stop flights from New York to Durban via Johannesburg beginning at $869 round-trip (taxes not included). 800-722-9675 or flysaa.com

* Goway offers packages and custom-designed tours of Durban, including four nights in Durban and two nights on the Rovos Rail to Pretoria, starting at $1,949 per person, based on double occupancy. 888-414-0246 or goway.com

* Isithumba Tours offers an up-close look at the Zulu culture in the Valley of a Thousand Hills for 300 Rand (about $25) per person. durbangreencorridor.co.za

* Rooms at the Hilton Durban begin at $114 per night for a king guest room. hilton.com

* At The Oyster Box , rooms begin at $560 per night for a classic room. oysterboxhotel.com

* Rooms at Anchor’s Rest Guest House begin at $85 per night for a standard room. anchorsrest.co.za