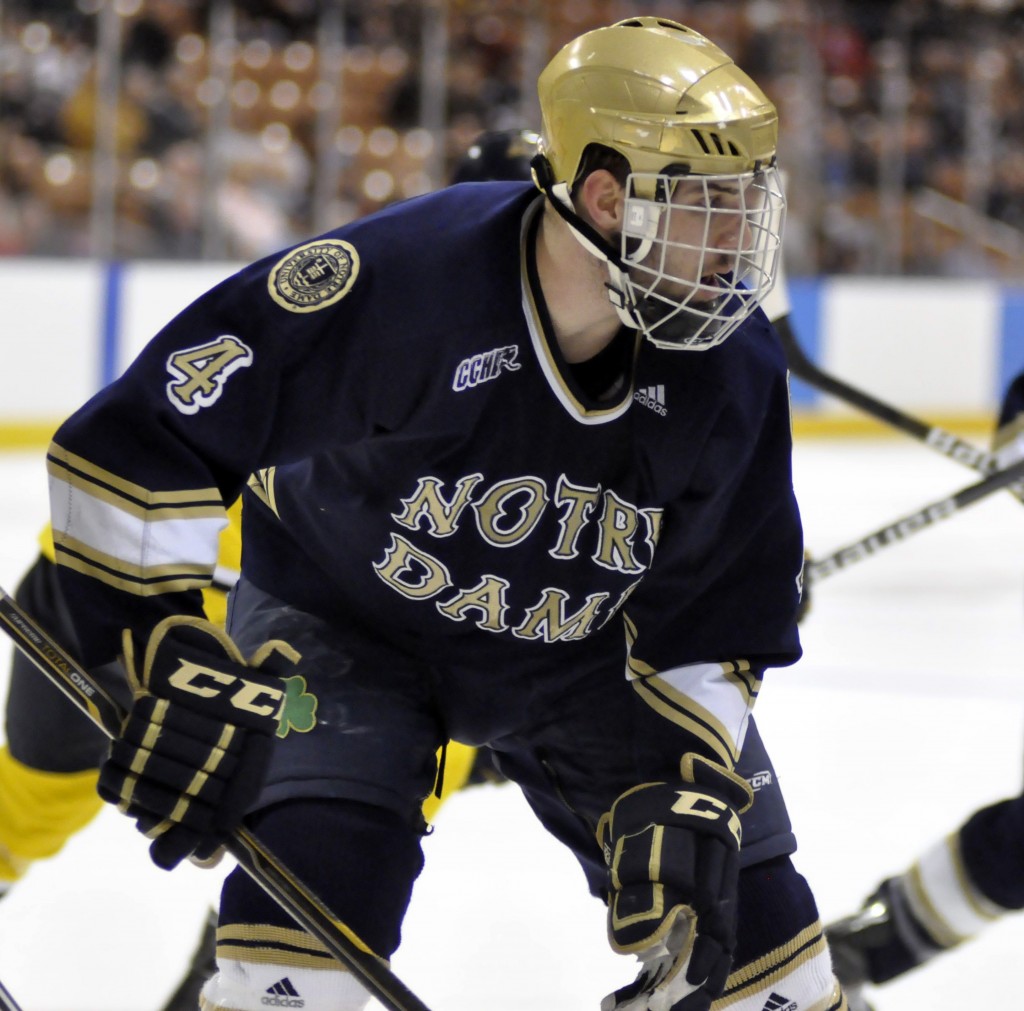 Before he was discovered "super drunk" behind the wheel and dressed as a Teletubby, Riley Sheahan played college hockey at Notre Dame | photo by Dan Hickling

I have a love-hate relationship with BadJocks.com’s Blood Alcohol Count ranking page. If that sounds like a scandalous website, it is. This is no Bleacher Report click-through photo gallery – just a comprehensive list of coaches, athletes, broadcasters and jock-sniffers who have challenged conventional notions of how much booze one can consume while incurring mere embarrassment, not death.

I love it because you pick up tidbits like this, about retired NBA center Arvydas Sabonis’ wife: “Her second drunk driving offense in less than a year, her BAC in the first arrest was only 0.23%, but she was on the way to pick up the kids from school.” Ingrida Sabonis is tied for 16th place on BadJocks.com’s all-time BAC list, at .26 percent.

Today brought a big one worth slowing down for: Detroit Red Wings prospect Riley Sheahan, who already earned infamy for a 2010 arrest for public intoxication and minor consumption while at Notre Dame, just took “mere embarrassment” to new heights. 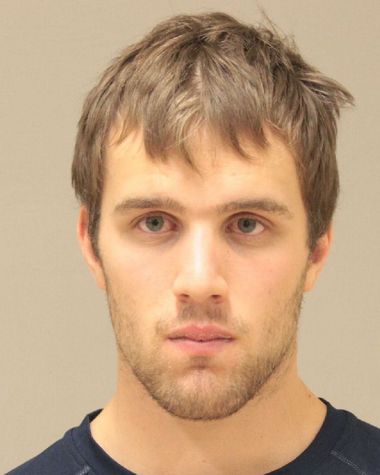 Sheahan, the Red Wings top pick in the 2010 NHL draft, was wearing a purple Teletubby costume when he was pulled over shortly before midnight on Oct. 29 for driving a 2012 Jeep Wrangler the wrong way on Ottawa Avenue NW, near Pearl Street.

At the traffic stop, Sheahan failed a pair of sobriety tasks and refused a breath test. After he was transported to Kent Country Jail, he agreed to a breathalyzer test and blew .30 twice, according to the report.

He was taken to Saint Mary’s Health Care afterward where he had to be cleared because of the high blood-alcohol content, the report said, before he was taken back to the jail.

Sheahan, who pleaded not guilty at an arraignment hearing in Grand Rapids District Court on Nov. 6, has his next hearing scheduled for Dec. 13. He was charged under the state’s new “super drunk” distinction of driving with a blood-alcohol content of .17 or higher. The charge could carry up to 180 days in jail with a conviction and possible deportation because he is not a U.S. citizen.

Let’s get this out of the way first: It’s a serious crime to be driving with a .30 blood-alcohol count. Given that this is the second time Sheahan has been arrested for minor intoxication, it’s safe to say the kid has a problem. Just read this feature on USCHO.com, written shortly after the Notre Dame incident. Sheahan seemed hell-bent on proving he deserved forgiveness, saying “it was unfair to have all negative stories about me in my local paper and things like that.” Author Melissa Parrelli concludes, “The arrest is something Sheahan will never forget, but he lived and learned, and is moving forward. Sheahan is all riled up for the draft and is excited for his future. He has a second chance to prove to the hockey world that the only memories people will have of him are the good ones.”

That second chance was dashed faster than you can sing the “Teletubbies” theme song. (Don’t act like you can’t.)

Sheahan is a legitimate NHL prospect, a 6-foot-2 center with a world of skill. He’s also now eligible for BadJocks’ top 10 all-time BAC list, and the member of an unfortunately long list of gifted hockey players with alcohol-abuse issues, from Pelle Lindbergh and Bryan Fogerty to Sandis Ozolinsh and, more recently, Jordin Tootoo.

Alcoholism is a human problem, not a hockey problem, but anytime the two come together it’s hard to ignore the NHL’s pathetic history of turning a blind eye to its players’ problems. Heck, there’s a long enough list of hockey players to comprise an all-DUI team. The alcohol-related death of Derek Boogaard last year only awakened the stereotype. So does this latest incident with Sheahan, who’s only played one NHL game but is still under contract to an NHL team.

Maybe a hockey/drinking problem is inevitable with so many players coming through small towns or college towns – like South Bend, Indiana – where underage drinking tends to proliferate. But with so much at stake, shouldn’t teams be educating and counseling their young prospects enough to scare them from driving drunk in Teletubby costumes?

For Sheahan, maybe deportation is the kick in the butt he needs to avoid making headlines for all the wrong reasons, and to avoid getting his own wing in hockey’s Hall of Shame.

Update: Video of Sheahan’s arrest has been released. You can watch it here.