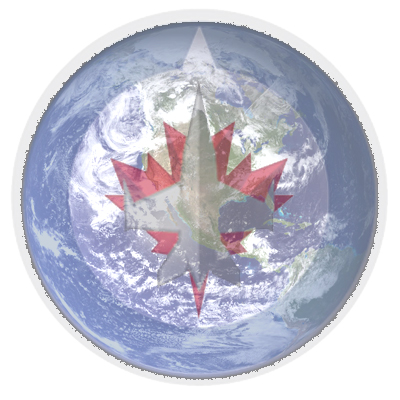 The 2012-13 NHL season stands to be a fair and balanced place, a throwback to the days when the league enjoyed its finest hour on the North American stage.

The Winnipeg Jets are the responsible party, forcing a change in the league’s alignment when the franchise uprooted from Atlanta during the offseason.

Rather than attempting the simple solution of trading Winnipeg’s vacated spot in the current Southeast Division for geographically logical Nashville, the Board of Governors elected for a compromise solution to appease both Detroit and Columbus, two teams that expressed interest in moving into the Eastern Conference.

“This is not a subject that everybody is going to get their first choice on,” Bettman told reporters after the recent Board meeting. “(But) what you try to do is come up with something that everybody can live with.”

The result is a drastic realignment solution that is exactly what the NHL needed to do for the league to re-engage its devout fan base – but more importantly, to regain a resemblance of its most popular (read: 1980s/early 1990s) version of itself.

The most obvious positive to the NHL’s realignment plan is a rebirth of some traditional rivalries. Minnesota and Dallas move back into the same conference, where both cities and franchises’ roots lie. Back in the late 1980s the Minnesota North Stars were an integral part of the NHL’s Norris Division and staged some of the league’s most historic upsets in the early 1990s.

Other than a similar playing style in the franchise’s early years, the Wild lacked any real connection to the Canadian teams of the NHL’s Northwest Division. The four-conference realignment plan now rekindles the Twin Cities’ old rivalries with locals like St. Louis, Chicago and Detroit.

Meanwhile, the artist formerly known as the Minnesota North Stars always felt out of place competing in the Pacific Division out of Dallas, a Central Time Zone squad.

The realignment places the Stars into a conference with five Central Time Zone teams – Chicago, St. Louis, Nashville, Winnipeg and Minnesota – while introducing a potentially awesome clash between the Wild and the team that moved out of Minnesota back in the summer of 1993.

“It’s an extremely drastic change for us here in Dallas,” Stars forward Steve Ott told Mark Stepneski of ESPN Dallas. “I am obviously going to miss going to L.A., Anaheim and Phoenix and playing in the warm spots, but to be honest with you the travel is awful.”

The best realignment-rekindled rivalry is Washington and Pittsburgh, who are now lumped into the same conference. Hockey’s top two stars, Sidney Crosby and Alex Ovechkin, have the possibility of playing against each other a minimum of six times per season.

This will only add to the history that Capitals and Penguins built as old combatants in the Patrick Division, where the two franchises staged some historic playoff series.

Another battle with potential: Soon-to-be conference foes Minnesota and Winnipeg. Traditionally, American teams and their geographic neighbor in Canada have owned some of the NHL’s longest standing and most intense clashes— Boston vs. Montreal, Toronto vs. Detroit and even Toronto vs. Buffalo.

Minnesota and Manitoba share that USA/Canada geographic proximity, therefore Winnipeg gave up playing in a conference with other Western Canadian teams in favor of being placed in a more time-zone sensible conference.

“We would have liked to have (been paired with) Vancouver, Calgary and Edmonton for obvious reasons,” Jets chairman and governor Mark Chipman told TSN. “But it is pretty neat to play two original six teams in Chicago and Detroit, and Minnesota will be a great rivalry for us as well.”

Minnesota and Winnipeg also share a notable past in the prior versions of the franchises. When the Jets were first rumored to be moving south, the Twin Cities – not Phoenix – seemed the more likely destination. So of course, when the Jets did move to Arizona in 1996 they were replaced in Winnipeg by the IHL’s Minnesota Moose, who packed up and moved north to be rechristened as the Manitoba Moose.

Another potential new rivalry comes in the form of two teams and two cities, San Jose and Vancouver, that share little in common other than strong hockey clubs.

Yet, the Sharks and Canucks have been two of the NHL’s dominant franchises during the past decade (dating back to 2003-2004, San Jose and Vancouver own a combined 10 division titles).

Both clubs, along with the Washington Capitals, also share the unwanted distinction of being the best current NHL teams that have never won a Stanley Cup. Having met in the Western Conference finals this past season, the potential is high for long-standing heated battles between Vancouver and San Jose.

Seeing Every Team Every Season

When the NHL returned from the lockout for the 2005-06 season, it desperately tried to reestablish the regional rivalries that always drove interest in the sport. With a nod to the past, each team would face their divisional foes eight times, sacrificing guaranteed games against the opposing conference.

The league scrapped the idea before the 2008-09 season, reducing the interdivision games to six apiece to allow for more inter-conference matchups.

“(For the fans, they) don’t have to wait every couple years to see superstars like Crosby and Ovechkin. That’s great for them, (though) maybe not great for us because we have to play those guys one extra time,” Stars captain Brenden Morrow told Mark Stepneski of ESPN Dallas.

The best aspect to come of the new system is that every team will now play every other team in each other’s buildings at least once per season. Obviously, travel budgets will increase for former Eastern Conference teams, but their fans would surely prefer that over the current alternative.

“It is good for the fans because they will be able to see every player in the league and all the big names come through (their cities),” Jets forward Tanner Glass told TSN. “(And) as players we look forward to those California trips, the Florida trips and the New York trips, so I am glad that we are going to get one of those per year.”

With a playoff system that qualifies the top four teams in each conference, this seems to give eastern teams a huge advantage over the west.

That may be true today. But not in the event another franchise is relocated – most likely the Coyotes, who remain saddled with uneasy future in the desert. The team has been owned by the NHL since the league stepped in to block the relocation of the franchise to Hamilton, Ontario in the summer of 2010.

When the city of Glendale stepped up to cover Coyotes’ financial losses yet again, the team earned another season in limbo. However, the NHL has stated that it will not continue to run the franchise in Arizona beyond 2011-12. If no local owner steps up, it’s goodbye Glendale.

“There is flexibility in this format (for relocation),” Bettman said. “We’re not planning on any (franchise) moves, we don’t want any moves, but if we find ourselves confronted with one the way this sets up gives us a little more flexibility.”

You Can Thank Winnipeg

Many hockey historians point to the 1993-94 season as NHL’s peak. The New York Rangers had just won their first Stanley Cup since 1940 in an epic seven-game series with Vancouver.

The league’s most storied geographic rivalries still held sway, even after the 1993 realignment created two conferences that would determine playoff teams, rather than the historic divisions.

The NHL earned a glowing network television deal with Fox and enjoyed unprecedented cable access for games through ESPN.

However, the league went downhill from this point, swept under a rash of franchise relocations, expansions, low-scoring games and, in 2004-05, a full season lockout.

When the league was reborn, it was based in much more sound economics. The result is a healthy league loaded with talented young stars and a new long-term American network television deal (with NBC).

Hockey is back in Winnipeg, home of one of the NHL’s most devoted fan bases. Thanks to realignment, rivalries will be re-established, new ones can be created and fans in Winnipeg have a chance to see all 30 teams play their beloved Jets.

“There was a compelling argument that what was agreed (upon) was in the best interests of everybody,” Chipman said. “We are very pleased (with the realignment).”