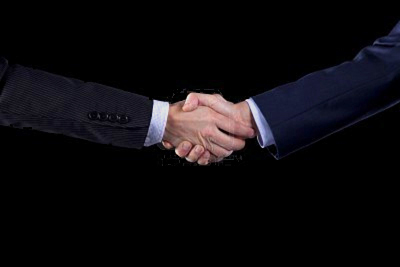 Some NHL general managers got their deals done early. Some waited until the last minute.

When the dust cleared, the landscape had changed for the contending teams – but who won and who lost the in biggest moves?

For Vancouver: With the additions of Pahlsson, Kassian and Gragnani, general manager Mike Gillis finished his makeover of the 2011-12 Canucks – for better or worse. The price was high in sending off a talented future star in Hodgson, but Vancouver has plenty of offense and wanted an upgrade in toughness.

For Buffalo: In what’s been a terrible year for Darcy Regier, the Sabres’ GM made up for some free-agent misses with this trade. There may be fewer than five general managers who wouldn’t trade Kassian and Gragnani for Hodgson. Buffalo is one of the smallest teams in the NHL, and this trade won’t help that, but the talented rookie Hodgson could easily be a top-line forward for years to come. Those players rarely arrive without sending away an impact player.

Final Verdict: If Vancouver finally captures the Stanley Cup this spring or next, this trade will largely end up forgotten. However, if the Canucks miss out on their window to win, and Hodgson reaches his potential as a potent forward in the coming years, Gillis might pay for it with his job.

2) San Jose picks up forwards Daniel Winnik and T.J. Galiardi from Colorado (along with a seventh round pick in 2013) for forward Jamie McGinn and forward prospects Mike Connolly and Michael Sgarbossa.

For San Jose: Sharks GM Doug Wilson had a hand in the water reaching for forward Rick Nash all day. In the end, the price from Columbus was simply too high. Instead Wilson settles for making over the depth of his team by adding toughness in Winnik and Galiardi.

For Colorado: Avs GM Greg Sherman nabbed quite a haul for two low-impact players. The maddeningly inconsistent McGinn is still young and carries the upside to become a force offensively. Connolly is a prospect who may pay especially big dividends down the road.

Final Verdict: I’m not sure how this trade helps the sliding Sharks turn things around. If San Jose makes the playoffs, they are better equipped to handle the grind, but in a few years Colorado should emerge as the clear winner of this trade.

For Nashville: The Predators anted up a pricey package to pick up a checking-line center with the potential to leave via free agency. Gaustad, however, is the type of player teams love to have for a playoff run and certainly Nashville is gearing up with its sights on the Stanley Cup.

For Buffalo: If the Sabres were to lose Gaustad at the end of the season anyway, Buffalo G.M. Darcy Regier was compensated handsomely with a first-round draft pick. Losing Gaustad does create a sizable void on the Sabres’ roster going forward.

Final Verdict: Kudos to Nashville GM David Poile for his willingness to add Andrei Kostitsyn and Paul Gaustad in all-out attempt to win a title, and also to try to lure defensemen Shea Weber and Ryan Suter into sticking with the Predators for the long term. If all goes right, Poile will look like a genius, but he is taking plenty of risks with these trades – especially if Nashville fizzles out in the first round like the Predators have in every playoff year (other than 2011).

1) Los Angeles Kings trade defenseman Jack Johnson and a first-round pick in either 2012 or 2013 to Columbus in exchange for forward Jeff Carter (Feb. 23).

For the Kings: GM Dean Lombardi, mired in 29th place in the NHL in scoring, is truly rolling the dice by acquiring sniper Jeff Carter and his monster contract. At his best the 6-foot-3 veteran is an elite power forward, capable of huge offensive numbers (as his 46 goals in 2008-09 can attest). At his worst Carter is an injury-prone talent whose career appears to be on the decline. The Kings, who need offense now, are hoping Carter can find some semblance of his former self in the near future, and mature into his potential over the long term.

For Columbus: The Blue Jackets and GM Scott Howson did the best they could, relieving themselves of an ugly situation simply by ditching the disgruntled Carter. Not only did Columbus get out of a contract that might have paralyzed their long-term rebuilding process, it found a talented young defenseman – who wouldn’t have been a bad option in a one-for-one swap – plus a much needed first-round draft pick.

Final Verdict: Despite the desperate circumstances for both clubs, I believe this is a great deal for both teams. Los Angeles is able to pick up a needed scoring threat by reuniting the talented Carter alongside former teammate Mike Richards. Meanwhile, Columbus gets better simply by subtracting a player who wanted out, while adding a quality young defenseman and a first-round draft pick.

For New Jersey: Considering the current ownership situation, this is an interesting trade for New Jersey and GM Lou Lamoriello, who gains a quality defenseman languishing in Minnesota. Zidlicky is a quality puck-mover capable of filling in just about any role necessary on a blue line.

For Minnesota: The Devils paid a hefty price in terms of players and draft picks for a no-trade clause veteran who didn’t mesh with current coach Mike Yeo.

Final Verdict: Though Minnesota fans won’t see the positives in the short term, I think the Wild are the winners here. New Jersey’s window to win a Stanley Cup might close this year, with the possibility of Martin Brodeur retiring at season’s end and Zach Parise’s potential to leave via free agency. Therefore, this is the type of move Lamoriello had to make in order boost the Devils’ playoff run.

For Detroit: GM Ken Holland might have hit a home run by picking up a defenseman with the ability to fit neatly in a top-four role with just about any team in the NHL. Quincey will never be confused for the player he might eventually replace (Nicklas Lidstrom), but he brings attributes similar to what the Wings lost when Brian Rafalski retired – and therefore fills a gaping void.

For Tampa Bay: Steve Yzerman hit a home run, too. The Bolts’ GM found a (late) first-round draft pick and a defenseman prospect for a player in Steve Downie who didn’t fit in the team’s long term plans.

For Colorado: Though I think Colorado gets the weakest end of this deal, the 27-year-old Quincey was in decline with the Avalanche. In picking up Downie, Colorado gets a gritty forward who can score at a very economical rate.

Final Verdict: Plenty of moving pieces here, but overall I think this is a decent deal for all parties involved. The upside could be great for both Detroit and Colorado, while Tampa Bay finds some nice pieces without giving up much.