OTTAWA — The third pick in the NHL draft isn’t such a bad thing to have, you know. Any general manager (most of them, anyway) would much rather have picks No. 1 or 2 than to deal away a chance at grabbing a sure tap-in of a franchise player. 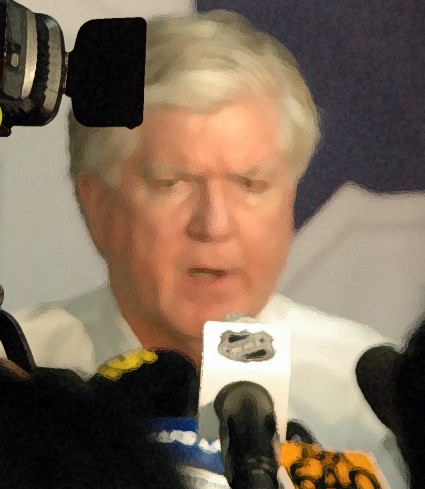 But lots of good players have been left sitting in the third slot, and they’ve done pretty well for themselves. 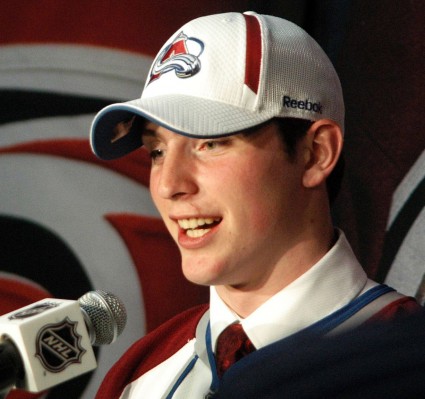 Nathan Horton (2003) for another, although Horty had to leave Florida before he drank from the Cup in Boston. 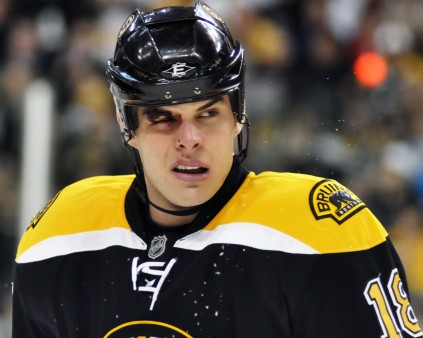 Jay Bouwmeester (2002) was a draft day third man in, and so was Henrik Sedin (1999), who no doubt resisted the urge to murmur “Burkie always liked you best” to his twin Daniel, who taken No. 2 by the then-Canucks GM. 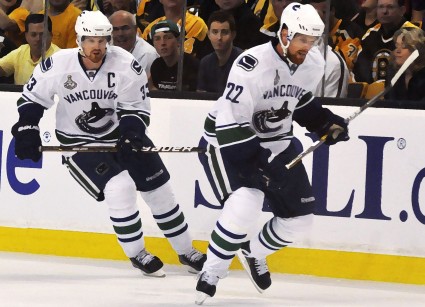 So, too, was Jonathan Toews (2006), who, as it happens is an idol of sorts for young Sean Monahan, who — and you should be keeping score — may be tabbed No. 3 overall in the 2013 meet, lockout notwithstanding.

“I like to watch (him) play,” said Monahan, who mans the pivot for the Ottawa 67’s. “He) play with lots of grit, and plays the whole 200 feet. It’s a good way to watch the game. And to learn it to play the right way.” 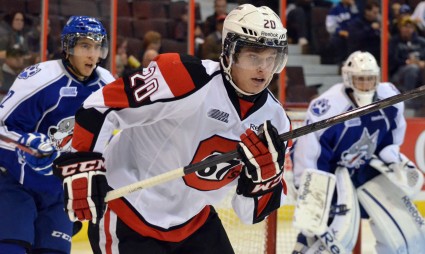 And the way Monahan plays — make that dominates — in all three zones is enough to make GMs drool. Especially in an age where top-line centers are at a such premium. 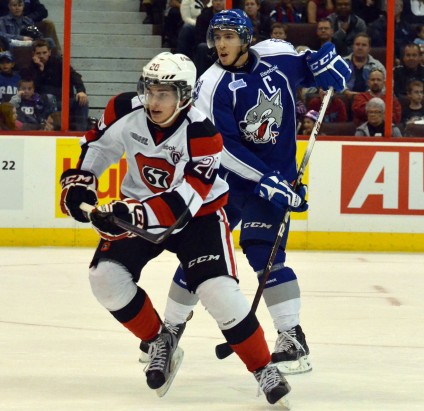 He must have been watching like a hawk as he saw how centers such as Toews, and the Bros. Staal, can control the pace of play whenever they are on the ice.

After posting a 20-goal, 27-assist season for the 67’s two years back as a 16-year-old, Monahan grabbed everybody’s attention by racking up 33-45-78 numbers last year. He was also a highly respectable plus-25.

This year, even as the 67’s have stumbled badly out of the gate, Monahan, who is 6-foot-2 and 195 pounds, seems a cinch to pick up plenty of points and polish.

He’s also picking up steam as a blue chip draft prospect. If this was a different year, Monahan would be getting No. 1 buzz.

However, all that top-of-the-ladder-chatter centers around Nathan (“Second Son of Cole Harbour”) McKinnon and Seth (“Son of Popeye”) Jones, which leaves Monahan to fly a little below the radar.
But not much. In fact, some draftniks swear he won’t fall past the third pick.

No matter, Monahan is well aware that is stock is sky high.

But he also knows that all he can do is stick to his business, and let the future take care of itself. 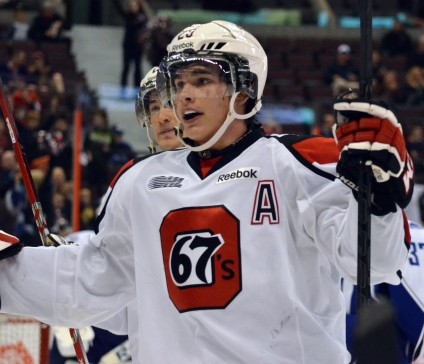 “It’s something that’s been talked about for quite a while,” he said, “and I hear about it quite a bit. I just try to come in and get better every day. I just focus on the team and to help my teammates get better.”