Every team in hockey has problems, but the weird thing is that two of the most successful organizations are the ones with the most glaring issues.

The Chicago Blackhawks, Stanley Cup champs just two years ago, are struggling, plain and simple. At one point earlier this season, the Blackhawks had the best record in the Western Conference, the Madhouse at Madison was rocking, and they were the trendy pick to be a Stanley Cup participant.

Now, Chicago has stumbled frequently and would be the sixth seed in the playoffs if the season ended today. The Blackhawks also have a below-.500 record on the road (the only top-eight team to have one) and have only a plus-6 goal differential.

The major reason for the difference is the absurd play of Chicago’s goaltenders. The Blackhawks haven’t had a truly great goaltender since Ed Belfour but the tandem of Corey Crawford and Ray Emery is nowhere close.

Crawford has a GAA of almost 3.00 and a save percentage just barely above .900. While Emery is slightly better statistically (2.65 and .907), I find it hard to believe that he will lead Chicago on another deep playoff run. Do people within the organization even think so?

Only seven points ahead of ninth and 10th-place Los Angeles and Colorado, respectively, Chicago could easily fail to make the playoffs, which are little more than a month away.

Marian Hossa is the leader of the 50-point group with 27 goals and 63 points. Captain Jonathan Toews and the two Patrick wingers, Sharp and Kane, are also having great seasons. Toews has scored a team-leading 29 goals despite battling numerous injuries, Sharp has 24 goals and 53 points, and Kane leads the Blackhawks in assists with 37.

Some have started calling for head coach Joel Quenneville despite the fact that – less than two years ago – he helped bring the city its first Stanley Cup in almost 50 years.

This is a blatant overreaction. It is not Quenneville’s fault he has to deal with crappy goaltenders. Fans can point a finger at the front office for letting Cup-winning backstop Antii Niemi get away and not signing anyone remotely decent in the offseason.

More than that, fans need to temper their expectations. Yes, Chicago was supposed to be awesome this year, but it hasn’t gone according to plan. The Blackhawks will still probably make the playoffs; they just won’t be bringing another Cup home. Just accept it and jump on the Bulls bandwagon for the rest of the year. It’s already going to be a long summer for Cubs and White Sox fans in the Windy City.

Last week I told you that the Terriers had just lost in overtime to archrival Boston College in the Beanpot final, but were still poised for a deep run in the NCAA tournament.

That is still the case. BU currently sits fourth in the college hockey polls and is tied with BC for the most wins in the country (23). The Terriers, national champions in 2009, will most likely get a number one seed in the NCAA tournament as well.

The Terriers’ problems don’t exist on the ice. They exist off the ice, most specifically in the bedroom.

Over the course of this season, two members of the hockey team have been accused of a sex crime. Star defenseman Max Nicastro is the most recent; the California native was arrested Feb. 19 and charged with raping a female student on the BU campus.

In December, Terriers leading scorer Corey Trivino was arrested on multiple counts, including assault to rape, indecent assault, battery, and breaking and entering. Trivino allegedly broke into a BU resident assistant’s room, kissed and groped her, and declared he would be sleeping in her room for the night. He was then arrested when he drunkenly got into an elevator with a bunch of cops.

This was the fourth-alcohol related incident in four years as a Terrier for Trivino, who was kicked off the team by head coach Jack Parker.

Many fans wonder what kind of a team Parker is running with now a second Terrier accused of a sex crime. Honestly, I think Parker runs a pretty tight ship. The Nicastro incident came out of nowhere and if Trivino hadn’t already screwed up, I don’t think it would have garnered as much attention.

Parker believes that Trivino had a serious drinking problem (which seems obvious) and that he encouraged his star player to enter treatment after suspending him once already, but Trivino refused.

Could Parker have come down with a stronger punishment? Sure, but what Trivino had done previously was minor compared to what happened in December.

After his third incident, Parker gave Trivino an ultimatum saying if he had one more alcohol-related incident, he would be gone from the team. The reason he didn’t suspend Trivino is because the suspensions weren’t working. He tried a different tactic and that was putting trust in his player to finally get his act together. It didn’t happen.

The best thing for Parker to do now is to speak out strongly against sex crimes and reiterate how that isn’t tolerated in his program. It won’t make up for the fact that two incidents happened on his watch, but it will show everybody that he won’t let it happen again.

While these incidents are terrible, we shouldn’t condemn the school and its hockey team as havens for sexual misconduct. BU is not Penn State – an unfair comparison that’s already been drawn. Hopefully, everybody involved can learn from this and prevent future incidents from happening. 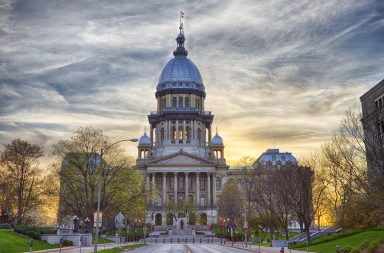 Everything You Need To Know About Illinois

Health and wellness in Sunny Isles, Fla., a Derby getaway in California, a golden egg at the Thompson Chicago, and a Panama Canal excursion

Find Your Golden Egg in Chicago