Blaine Byron is putting himself (and tiny Kemptville) on the map.

KEMPTVILLE, Ontario — Blaine Byron isn’t hard to spot, but guys like him are really hard to find.

Well, to watch him skate the pivot for the Kemptville 73’s of the Central Canada Hockey League, you’d swear there were two of him. There he is, swiveling through the offensive zone, looking, and usually finding, a friendly stretch of tape to put the puck on.

But wait a moment.

There is No. 9 again, this time streaking into the D-zone to thwart yet another opposing puck carrier.

In between there are the faceoffs won, the penalties killed, the minutes chewed up and the leadership rendered, all for a 73’s club, named for the year that junior hockey came to Kemptville, that lately has been losing games by five tallies per tilt.

That’s quite a quality mix wrapped up in a 17-year-old, 6-foot, 165-pound frame who plays a position where good help can be really hard to find.

Byron, who hails from Osgoode, Ontario, takes to all aspects of playing center naturally.
“I really try to play a two-way game,” said Byron. “If I keep the puck out of my net, then offense will come. I’ve always been told ‘defense first.’ Then I can catch them sleeping when I pick off their passes. You’ve got to be on your toes and read the play. See where the backdoor guy is, pick him up, and work down low.”

Like Bergy, Byron knifes across the blue line with the puck on his stick, then calculates until the play he’s envisioning can materialize.

Catch him if you can, but good luck trying to outsmart him.

“I like to have puck possession,” Byron said. “I never like to give the puck away. As a last resort, I’ll dump it in. I find that if you have the puck, you can create changes and then the other team can’t go and score. I definitely try to use the whole ice.”

All that the vision has drawn plenty of notice outside of Kemptville, which sits less than an hour outside of Ottawa.

Byron dazzled at the Team Eastern Canada selection camp, and earned a spot with them in the upcoming World Junior A Challenge. That came after Byron’s name appeared on this year’s Watch List (“C” Level) issued by the NHL’s Central Scouting Bureau.

This, is what Byron thinks the scouts saw in him.

“Just the way I can play a two-way game,” he said, “and turn defense into offense really quickly. To make plays for my teammates and create offense every shift.”

Clearly, those in the know are aware that Byron is one to keep an eye on.

“It’s definitely a huge honor,” said Byron, “but the job isn’t done yet. I definitely want to get drafted, but if not, keep working hard. I don’t really try to think about it. Just try to play my game and try to help my team get the win.” 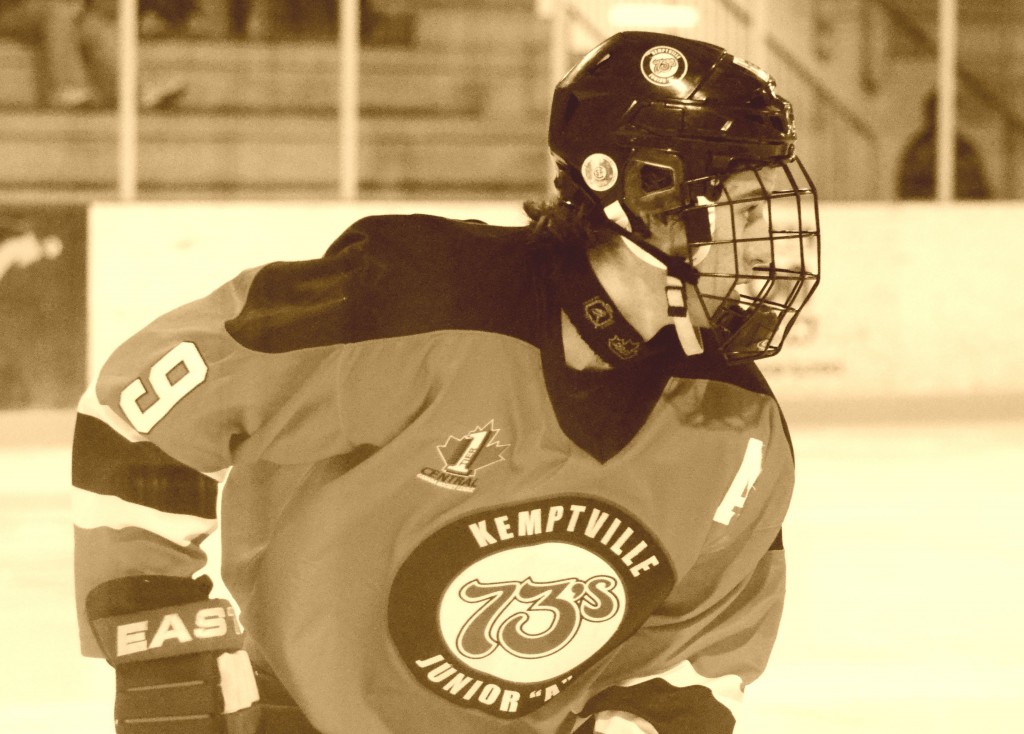 Next year, Byron will head as a true freshman to the University of Maine, a program he fell in love with after making an personal visit to Orono.

“I’ve always been told to go with my gut feeling,” said Byron, “and my gut feeling was saying ‘Maine’ all the way. I love the atmosphere in the rink (Alfond Arena), and how the fans get so into it. I’ve always wanted to play in that kind of atmosphere.”